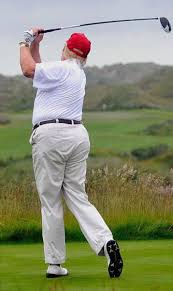 One does not have to look far beyond the headlines to discern the current state of the union.

If the courts, stacked with conservative, anti-queer judges, begin chipping away at LGBTQ rights, we run the risk of the population looking at this set back as business as usual, or worse a good thing. It’s not, nor should it ever be thought of that way.

Deportations run rampant, destroying lives and families. ICE deported Jorge Garcia from Michigan after living in the US for 30 years, taking him away from his wife and kids. ICE has detained Lukasz Niec and threatens to send him back to Poland, where he hasn’t lived since he was five years old. Dr. Niec’s sister says he doesn’t even speak Polish. California, Gondor to this administration’s Mordor, braces itself for an onslaught of random raids by ICE, punishment for declaring ourselves a sanctuary state.

Similarly, this administration wants to deport all Dreamers who arrived here as children. The president uses Dreamers as a bargaining chip for his stupid, expensive, and pointless border wall, the one he said throughout his campaign that Mexico would pay for. Bullshit, of course, and he knows it. Former Mexican Presidente Vicente Fox has said on numerous occasions, “We will not pay for your fucking wall.” So now he wants to extort the US into paying for it, using Dreamers as hostages.

We live in a country where supporters of this administration tell Native Americans to go back to where they came from.

The Department of Justice wants to crack down on state legalization of marijuana. Again, California lies in the cross hairs.

Mass shootings continue at an alarming rate. Nazis march in the street. Hate crimes are up. And official statements from the president, in the form of tweets, cause international alarm on a routine basis.

The man himself claims to be the healthiest ever to hold the Oval Office. Despite the report from his doctor, he is clearly dangerously overweight and, by his own admission, does not exercise.

We had a president who embodied good health and whose wife advocated healthy living (and received much shit for doing so by right wing kooks). Now we have one that sits in bed eating junk food while watching garbage television and hate tweeting.

We went from an administration that cared about people to one that cares for no one. One that recognized and celebrated families, to one that parrots empty rhetoric about the importance of family yet engages in policies antithetical to them. We went from generous to cruel.

What’s the state of the union? We aren’t a shithole nation, not yet. But we dance dangerously around the toilet rim. We were an Obama-nation and now we’re an abomination.