Willem of the Tafel by

The world we know is gone, destroyed by greed and ignorance. On a post-apocalyptic Earth, centuries into the future, few have survived the Great War. Some have taken refuge deep inside a mountain. One of them, Willem, is exiled to the surface… Alone and struggling to survive, Willem embarks on an epic journey, making a discovery that could once again alter the future of humanity. Willem of the Tafel is an epic tale of survival, second chances, hope and undying love.

Check out the trailer for Willem of the Tafel

“APPLYING A FORMULA based on the need for sunlight, nutrients and yield, the scientists of Tafel had produced beans, tuber crops, fungi, cabbages, berries and citrus fruit that provided the vitamins, calories and antioxidants needed to keep sicknesses at bay and people alive. The Tafel had long ago turned to a vegan diet: no animal could offer the efficient nutrition vegetables provided, given their own need for nutrition, not to mention space.

Bongani had never even seen an animal, or nothing larger than the spiders and bugs cohabiting the caves with his people, though had he heard of them, and that humans had once eaten them. There were no pictures left, no books, nothing, at least not to Bongani’s knowledge.”

Follow the Willem of the Tafel Virtual book tour here 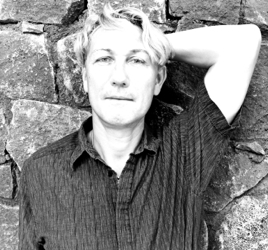 Hans M Hirschi (b. 1967) has been writing stories ever since he was a child. Adulthood and the demands of corporate life efficiently put an end to his fictional writing for over twenty years.
A global executive in training and channel development, Hans has traveled the world and had previously published non-fictional titles.

The birth of his son and the subsequent parental leave provided him with the opportunity to unleash his creative writing once again. With little influence over his brainís creative workings, he indulges it, going with the flow.

A deeply rooted passion for, faith in a better world, in love, tolerance and diversity are a red thread throughout both his creative and non-fictional work. His novels might best be described as “literary romance, engaging characters and relevant stories that wonít leave you untouched, but hopeful.”

Hans is a proud member of the Swedish Writersí Union and the Writersí Center in Sweden.

The giveaway for Willem of the Tafel has 11 randomly chosen winners; 10 will receive $15 Gift codes to the author’s shop, but the grand prize winner will receive a free ticket to GayRomLit retreat 2015, in San Diego, CA, happening October 15-18th, 2015. Ticket value is $175, but if you win the grand prize, you’re responsible for travel and accommodations. Please notify the author in advance should you win and be unable to attend, so we can choose another recipient to enjoy the prize!

Willem of the Tafel Tour brought to you by…

3 thoughts on “Blog Tour – Willem of the Tafel by Hans M. Hirschi”